28 Days & 7 minutes brings to life the exciting story of Ted Ryko, an adventurous cyclist and photographer who travelled extensively across Australia’s mysterious, dangerous and ‘tantalising’ Top End in 1914-17. He had conquered the overland cycling record from Adelaide to the frontier town of Darwin but he soon discovered a divided society that pushed him to new limits. It is a gripping, exciting, intensely human drama based on real events which brings to life an authentic representation of the historical, political and cultural context of the time.

28 Days & 7 minutes has wide appeal combining compelling story telling with multi-cultural music in addressing a range of contemporary topics. It …

28 Days & 7 minutes has something for everybody A quick look at some of Ryko’s fantastic photos (0.27mins).

Cultural Advice: Aboriginal and Torres Strait Islander people
should be aware that this site contains images of deceased persons. 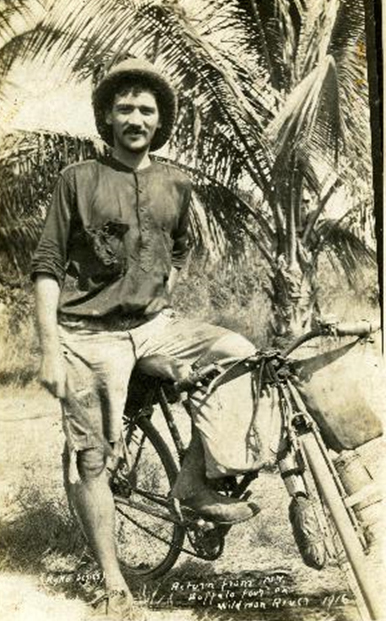 Background to The Ryko Project

In 2014, to celebrate the centenary of Ted Ryko’s epic 1914 record-breaking bicycle ride from Adelaide to Darwin, his grand-daughter, Michèle Adler (co-Producer and co-Scriptwriter) organised and rode a partial re-ride, along with a support crew*, leaving from the Ted Ryko cycle track in Tennant Creek and arriving in Darwin to-the-minute, 100 years later!  A mere 1000 km! Other family members on the re-ride included great grand-son James Adler and great grand-niece Wendy Schwedes.

On her arrival day, Michèle opened an exhibition independently curated by the NT Library entitled ‘Ryko – a Wild Life’. Even though Ryko is a Victorian, he is considered an icon in the Northern Territory. Michèle went on to …

negotiate with the NT Library to gift the exhibition to Hindmarsh Shire, Victoria, for the Ryko Hall of Fame.

By early 2020, Michèle and Rod McMillan had written a screenplay for a full length feature film† on Ryko’s life and times in the Top End. However, Covid19 put a hold on any film production. Hence, they turned their attention to producing a podcast/audio-play in order not to lose creative momentum. They ‘translated’ the film script into an audio-play script and set about surrounding themselves with willing and creative Arts Practitioners.

The rationale to develop a film and subsequently an audio-play is manifold and is in part based on the desire to celebrate Ryko’s contribution to Australian history (especially through his photographs), his friendships with Indigenous Australians and Top End Chinese people (long before it was acceptable), his treatment at the hands of authorities during WW1 (due to his German ancestry), as well as to enjoy his rollicking youthful adventures!

Michèle, who only met grand-father Ted on one occasion when she was a child, has tracked down nearly 1000 of his postcard images which are found in many Australian State and National Libraries/Archives, often unacknowledged.

If you know the whereabouts of any Ryko photographs or postcards, please contact us. Thank you. 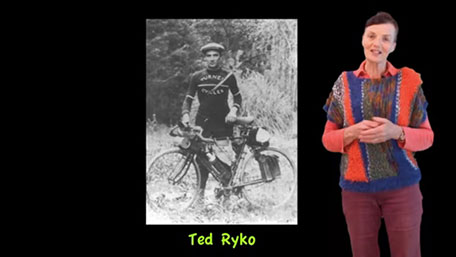 Adland Horticultural (est. 1994) is an Australian based company dedicated to improving the quality of our environment and the enjoyment it brings.